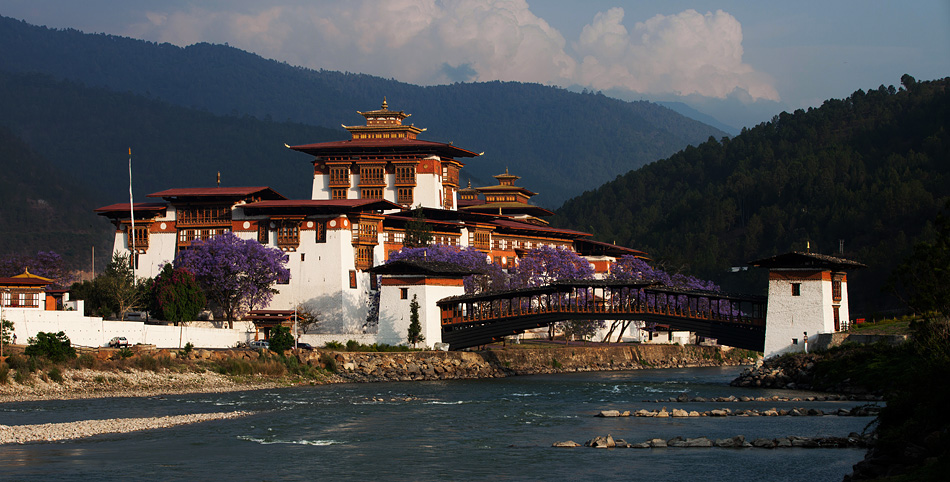 Dzongs are the keepers of rich Bhutanese customs and history; each Dzong has its tale to share, making it one of the best places to visit in Bhutan for tourists. The presence of Dzongs around the country represents unification and the country’s acknowledgment of a central authority.

While Dzongs were originally built for defense, they are now used for governmental and religious purposes.

They were constructed atop a cliff or ridge. In the event of an ambush, the entire valley’s population would seek sanctuary in the Dzong. In times of distress, they were also used to preserve food grains.

There is a monastery inside the Dzong where monks live, study, and worship. Apart from their defensive uses, the Dzongs’ roles have remained unchanged up until this point.

With Norbu Bhutan Travels, you can learn more about these historical landmarks that play an important role in Bhutanese life, literature narrating the stories or events associated with important Dzongs that still exist today.

1. Simtokha Dzong: The First of Its Kind

Simtokha Dzong in Thimphu has a fascinating origin story.

The name “Simtokha” is a combination of the words sinmo (devil), do (stomach), and kha (on), implying that the Dzong is built on top of the demon’s stomach.

Simtokha Dzong was built at the intersection of the three important western regions of Sha (Wangduephodrang), Wang (Thimphu), and Pa(Paro) by Zhabdrung Ngawang Namgyal, the greatest Dzong builder in Bhutan.

According to mythology, a demoness was residing there, creating havoc for the locals and travelers who frequently camped there overnight; then Zhabdrung decided to build the Dzong.

When Zhabdrung arrived, he subdued the demoness and cast her inside a rock on the hilltop where the current Dzong stands. The demoness was imprisoned beneath the rock-encased Dzong.

This makes Simtokha Dzong one of the most famous places in Bhutan for visitors traveling to Bhutan and a must-see attraction.

Punakha Dzong, the old capital of Bhutan, was the second Dzong to be constructed in Bhutan. It is located on a strip of land with two rivers, the Phochhu and the Mochu with the wooden bridge (Bazam) that was added in May 2008.

Punthang Dechen Phodrang Dzong, or “The Palace of Great Bliss,” has seen many significant changes from the coronation of the first king of Bhutan in 1907 to the royal wedding in 2011.

Every year, the Punakha Damchoe is organized to remember this historic victory.

Bhutanese Dzongs and monuments are one-of-a-kind, stunning displays of Bhutanese craftsmanship and are the best places in Bhutan for tourists to admire.

3. Tashichho Dzong: The Fortress of the Glorious Religion

One of the famous places in Bhutan known as “The Fortress of the Glorious Religion,” Tashichho Dzong in Thimphu, is one of the most impressive Dzongs situated on the banks of the Wangchu (Thimphu River).

Tashichho Dzong was built in 1641 by Zhabdrung Ngawang Namgyal and reconstructed in 1962 by the Late King, His Majesty King Jigme Dorje Wangchuck.

When Zhabdrung Ngawang Namgyal came to Bhutan in the 17th century, the fortress was completely crushed, and the Dho-Ngen Dzong fell into the hands of Zhabdrung.

During the reign of the 16th Desi Sonam Lhendup and the 13th Je Khenpo Yonten Thaye the Dzong caught on fire. The two proposed to then build the Dzong at the site of its current location.

In 1869, the Dzong caught fire and was afterward extensively repaired to its former glory. The late King Jigme Dorji Wangchuck had the Dzong rebuilt from 1962 to 1969 and is one of the best places in Bhutan’s new capital.

The story behind the existence of this stunning Bhutanese architecture makes this fortress one of the most famous places in Bhutan for tourists.

While visiting Chimmi Lhakhang, Zhabdrung Ngawang Namgyal is said to have met a scruffy old man who described a ridge in modern-day Punakha.

The Zhabdrung heeded the elderly man’s advice and dispatched a noble to survey the area after assuming he was Yeshey Gonpo (Mahakala).

The messenger noticed four ravens circling above the ridge as he got closer to the location. The birds landed on the ridge and then took off in four directions: north, south, east, and west.

Zhabdrung Ngawang Namgyel interpreted this as an auspicious sign, and he began work on a Dzong in 1638 that would overlook the intersection of the Dangchu and Punatshang Chu.

Dumchog was a place well known for the abundance of serpent deities. Even after all these years, some of the stupas built to appease these deities can still be found.

During the governorship of Haa Drung Kazi Ugyen Dorjee in 1913, the Dzong caught fire and was reduced to ashes.

Because of the extent of the destruction, the Drung, who would ordinarily have been able to call for help in the reconstruction, felt it would be simpler to create a new Dzong than to repair the destroyed one.

Dzongsar meaning the new Dzong was added to the new name of the Dzong. Hence, the Dzong was called Dzongsar Wangchuk Lo Dzong.

The Dzong has been given to the Army, where the Indian Army imparts military training for the Bhutanese soldiers.

Fun fact: Haa residents signed a petition to the National Assembly in 2002, expressing their wish to bring their town to the world of tourism and it is one of the famous places in Bhutan for tourists to hike.

Dzongs are unquestionably the focal point of Bhutanese culture.

From holding the famed mask dances like the annual Tsechus (festivals) to serving as an administrative building in their respective valleys, Dzongs are the center of every Bhutanese person’s social, spiritual, and political life.

All these people under one roof make Dzong an all-encompassing entity.

Before planning your Bhutan trip, keep up to date on the latest travel information with us.

What’s holding you back? Contact Norbu Bhutan Travels for one-stop-shop tourism in Bhutan!