Despite its small size about 770 species of birds have been recorded in Bhutan and the kingdom is recognized as 221 global endemic birds areas. Within country’s borders there are extraordinary range of habitats, from some of the Himalaya’s most extensive and least disturbed tropical forests to cool broad leaved and towering evergreen forests of fir, hemlock and spruce.

The entire country is bisected by well maintained paved road and birding especially in mid to late spring (late March to late May) is good virtually anywhere below 3,100 m. Unlike many part of Asia, one is not obliged to seek out a park or reserve or remnant patch of “good looking” habitat, since at any stop even in the midst of farmland, exciting birds are visible. The mixed broadleaf forests are much richer, and therefore more exciting for birding, than the rather slow growing monotypic stands of blue pine and particularly chir pine.

Bhutan is a wonderland for bird lovers and ornithologists. Over 770 species of birds have been recorded and many more are still to be discovered. Winter migrants account for around half of all known bird species. Ducks, waders, raptors, thrushes, finches, and buntings are among them.

Bhutan, unlike other Himalayan countries, has preserved much of its forest, which is rich, diverse, and attractive, and is home to some of the best remaining examples of forest environments in the Himalayas. Forests and bushes are home to the majority of the country’s breeding birds (84 percent). Furthermore, woods support 57 percent of Bhutan’s globally threatened birds and 90 percent of the country’s restricted-range species. Bhutan’s bird habitats can be separated into forest, scrub, wetlands, alpine environments, agricultural areas, and land near human settlements. This provides you with the option to do a once-in-a-lifetime Bhutan Birding tour. This is one of the birding tour packages in Bhutan.

Our tour guide will greet you and give you a warm welcome. You will then be escorted from the airport to your accommodation.

The founder of Bhutan, Zhabdrung Ngawang Namgyal, erected Rinpung Dzong (fortress on a mound of jewels) in 1646, and Ta Dzong in the afternoon. Ta Dzong was previously a watchtower for the Paro Rinpung Dzong’s defense.

Eurasian Curlew a bird of Bhutan

The farmlands, lower and higher broadleaved evergreen woods, riversides, subalpine woods, and shrubberies are suitable birding places in the Paro valley, which has an altitude range of 2,150 – 2,950 m. After breakfast, proceed to Chele la for bird watching and an evening drive behind the Drugyel Dzong, a ruined stronghold.

Drive to Thimphu, Bhutan’s sophisticated capital city. Later, take a stroll around this lovely upland valley. Thimphu valley is surrounded by beautiful areas of Blue Pine and temperate evergreen woods and is relatively dry. Birdwatching locations have been pushed at least 10 kilometers due to increased human development, and the best locations for birding are now along the stream near Motithang, as well as in and around Begana and Cheri villages.

You will travel to Punakha, Bhutan’s former capital, passing through some of the kingdom’s most fertile agricultural terrain and spectacular river valleys. At 3,050 meters, the first stop is at DochuLa (pass). On a clear day, the snow-capped eastern Himalayan range can be viewed. You could also go around the Druk Wangyal Chortens 108 stupas.

You will drive through the black mountain region from Punakha to Phobjikha. The drive is shorter, and there are frequent opportunities for birdwatching and photography along the way. Finally, the path leads to an oak and rhododendron forest, followed by the large Phobjikha valley, one of Bhutan’s few glacier valleys. In the winter, the endangered Black-necked Crane nests in the Phobjikha Valley, which is one of the country’s most important wildlife preserves. The picturesque Gangtey village is perched on a ridge overlooking the Phobjikha valley’s vast green expanse.

Drive three hours to Trongsa’s core district through lush evergreen woods of oak, rhododendron, horse chestnut, laurel, maple, fir, spruce, larch, hemlock, and juniper, passing Pele La (pass) at 3390m. Another important ecosystem in this area is bamboo, which is home to a variety of unique but elusive species. Although it is not a particularly well-known birding spot, it does have a few notable species.

On this 68-kilometer journey, the elevation varies from 2,100 meters in Trongsa to 3,400 meters at Yotongla pass, and then descends to 2,600 meters in Bumthang valley, where the vegetation varies from temperate forests in Trongsa to coniferous and mixed alpine in Bumthang. Bumthang is the religious core of the country, as well as one of the most picturesque valleys in the kingdom. Before Yotongla pass, farming in the valleys, and the bank of the Chamkhar Chhu river are great birding locations in this region.

Ura is Bumthang’s final and highest valley, and the road leading there climbs over breathtakingly open terrain, occasionally passing through forests. The road passes through large sheep meadows and traverses the 3,600 m high Ura la pass before descending into Ura via a long loop through fields and meadows. Ura hamlet, perched at 3,100 meters above sea level, is known for its tightly clustered dwellings, which are rare in Bhutan. The day will be spent touring the Ura valley and settlement.

Leaving the relatively dry Ura valley behind, the trail ascends through forests of massive firs, frequently with a rhododendron understory. The route is quite steep for a few kilometers, with steep slopes revealing a panorama that defies description, until the pass at Thrumshingla (3,750 m) is eventually hit. These two days are spent exploring the area’s incredibly diverse subtropical forests. These forests, which stretch to the horizons, are distinguished from those found at higher elevations by gigantic trees with enormous girths supported by enormous buttresses.

The road descends from Limithang to a low elevation of 650 meters at the Kuru Chhu river bridge. When Zhongar Dzong was abandoned in favor of another location, Mongar, the Chhorten was built in 1800 in Nepalese style of architecture to hold the rare holy relics of Zhongar Dzong. Pay a visit to this location. Mongar Dzong was constructed in the early nineteenth century. The current edifice, however, dates from 1953, when Bhutan’s Third King, Jigme Dorji Wangchuck, ordered it to be built. It not only serves as the region’s administrative center, but also as the home of the Drukpa monastic community.

Because the eastern cities of Mongar and Trashigang are uninteresting for birding, the tour’s final two days are devoted to cultural experiences. The drive from Mongar takes you through fern-filled forests and over the Kori la pass (2,450m).

Drive back to Mongar after breakfast. Exploratory trip to Mongar town and the local market in the afternoon.

Drive to Bumthang in the morning, arriving by lunchtime. Visit the Yathra weaving center and the local market after lunch. Every Chumey household used to have a back strap loom, and young girls were taught to weave. Yak and sheep wool were used by weavers because the thick fabric was suited for Bumthang’s cold weather. Colorful, elaborate patterns can be seen on a variety of textiles. Their store displays finished goods.

Hold the night at lodge of bumthang

After breakfast, drive to Thimphu, stopping along the way to see hamlet residences and mingle with the locals. Lunch in Wangduephodrang, which is famed for its magnificent Dzong, bamboo items, slate sculptures, and stone carvings. Drive to Thimphu for the night after lunch.

Drive to Paro airport in the morning for your trip to your next destination. 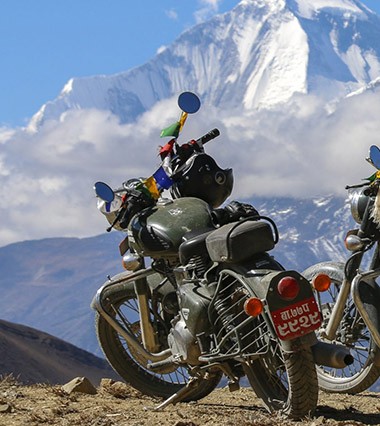 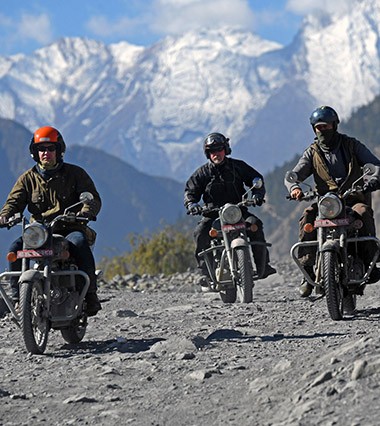 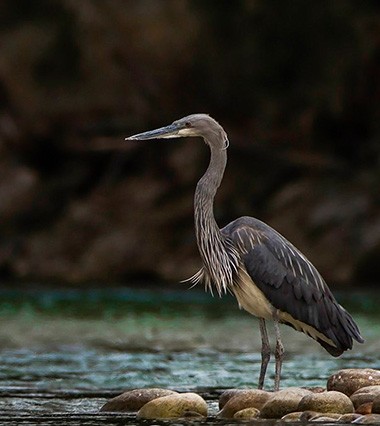 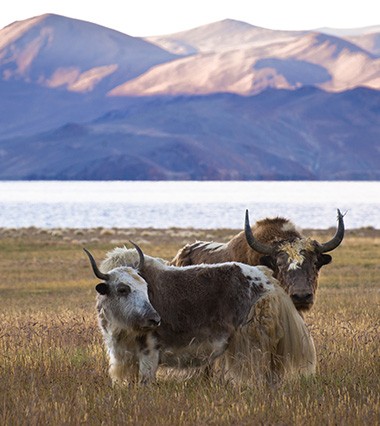 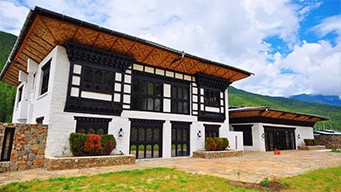 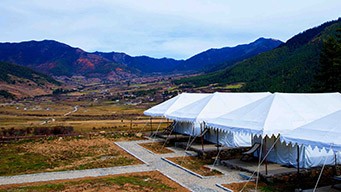 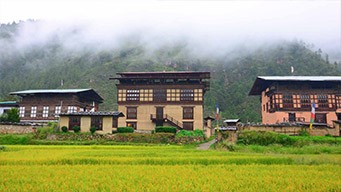 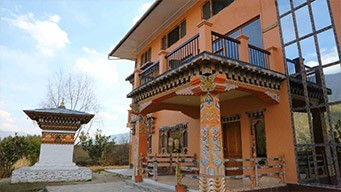 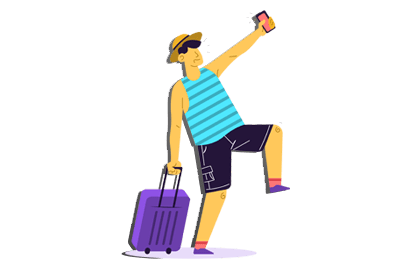 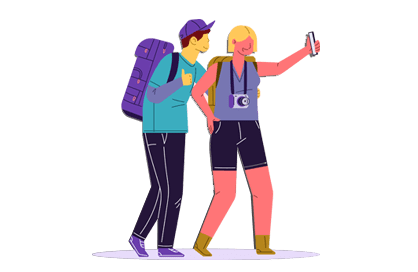